Bluboo, a Chinese phone manufacturer have recently gained a lot of attention by releasing a high end flagship phone called the Bluboo Xtouch for only $99 US!

Now Bluboo have announced a new smartwatch called the Bluboo Uwatch that could be running Google’s Android Wear operating system that is designed to run on smartwatches. If the rumours are true, then this could be the cheapest Android Wear powered smartwatch on the market for only $49.99 US. 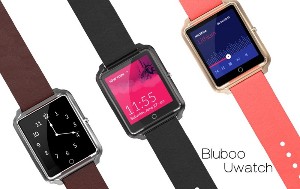 Based on the released images, it would appear that the watch comes in black, silver and gold. It’s unknown if the watch is made from metal, but it will likely be made from plastic to keep the costs down. The strap also comes in several different colours and appears to be made from a rubbery material found in a lot of other smartwatches.

The specifications of the watch have not been released, but it has a capactive home button at the bottom and the bezels have been kept to a minimum.

The Bluboo Uwatch is expected to be released in November for $49.99 US.