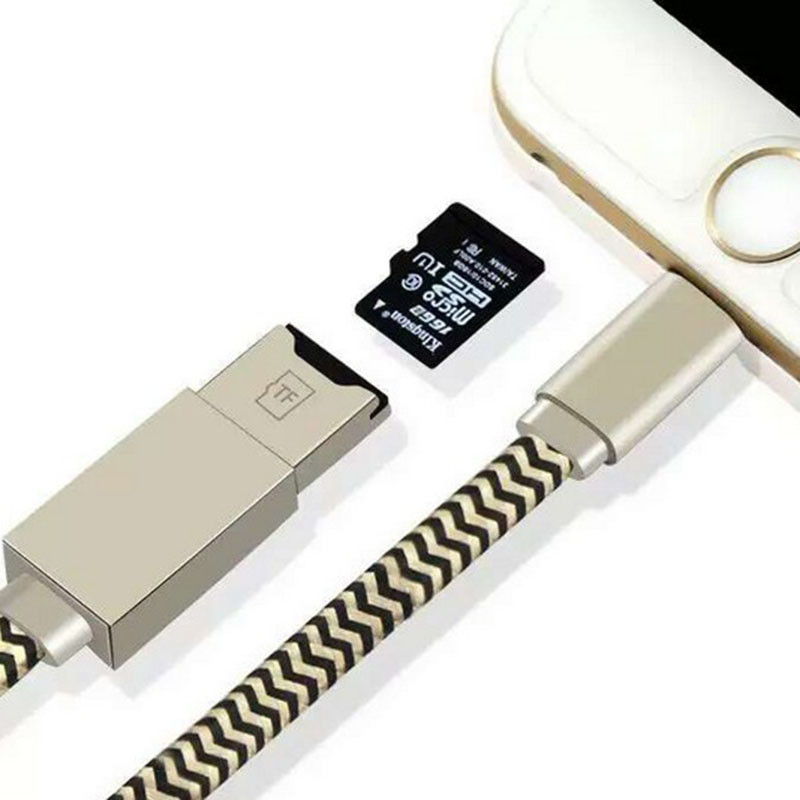 iDragon, a manufacturer and supplier of USB products including cables and flash drives have released a new ingenious product for the Apple iPhone and iPad. The iDragon RC001 is a Lightning to USB cable that has a Micro SD Card Reader built into the USB plug itself. This allows you to access and transfer files from a Micro SD card (TF Card) while charging your device at the same time.

The idea behind this creation is genius as a lack of extended storage support has been one of the biggest complaints about the iPhone and iPad. While other companies have addressed this issue by releasing Lightning to OTG adapters, none have offered a solution that will charge your device at the same time.

iDragon aren’t the first company to develop one of these cables. Many have been available in China under many brands for months now and were recently shown off at CES 2017. One of these brands is BLUEHALO who have recently launched a crowdfunding campaign in China.

Operation of the cable is really simple. A Micro SD card is inserted into the reader on the USB plug and an app called iUSB Pro is used to access the files on the card. Files can also be transferred from the computer to the iPhone/iPad through the app. 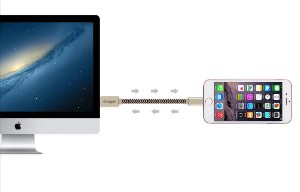 The cable is braided and made from Metal/PVC to ensure the cable doesn’t break after repeated use. According to the manufacturer it has a Read/Write speed up to 18MB/14MB over Lightning and 40MB/15MB over USB 2.0. It is compatiable with iOS 7+, Windows, OS X and Linux.

Currently the iDragon RC001 is available from Tmart.