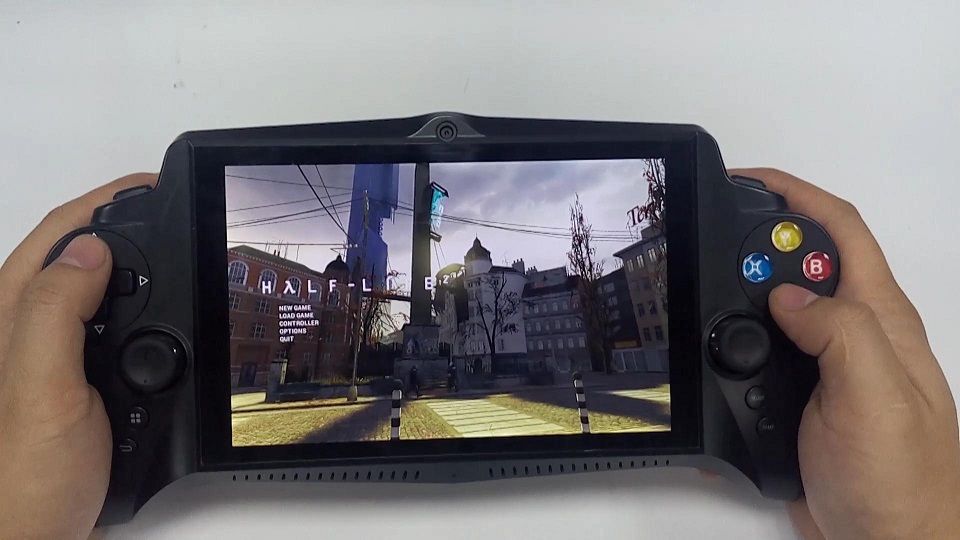 JXD is a company well known for their Android gaming tablets and last year announced a competitor to the NVIDIA Shield tablet known as the JXD Singularity S192. Recently JXD released videos on their Youtube channel showing various games in action including Half-Life 2 and the GTA series.

Unfortunately it’s running Android 5.0 Lollipop and not Android 6.0 Marshmallow, but it will likely receive the update later. It comes with a custom launcher that has been designed to work with the controls and Google Play comes pre-installed. It’s unknown if Tegra Zone is included, but NVIDIA says it’s compatible with all devices using the Tegra SoC.

The device is powered by NVIDIA’s Tegra K1 Processoer, 2GB of RAM and a 7 inch 1920×1200 retina display. The device comes with a 13MP rear and 5MP front camera. The high pixel cameras is unusual as gaming tablets often focus more on the gaming experience than taking capturing photos and videos. The device also comes with dual band 802.11ac WiFi, Bluetooth 4.0 and stereo speakers. Unfortunately the device has 16GB of storage, but it supports a microSD card up to 128GB.

The JXD Singularity S192 features a whopping 10000mAh battery which JXD says will provide up to 11 hours of video playback time or up to 6 hours of gaming. This makes it perfect when you’re out and about. There is no mention of the battery being removable, but a power bank would help increase the game time significantly.

An official release date of the JXD Singularity S192 has not been announced, but it’s expected to be released late January or mid Febuary.

It’s currently listed on Banggood and Geekbuying between the price of $299.99 and $330.99. The final price will likely change closer to release.